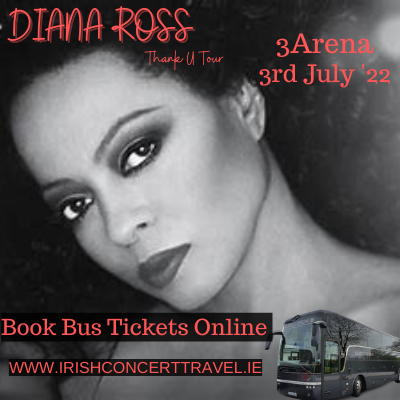 American singer Diana Ross is considered one of the most successful recording artists of all time. She embarked on her solo career after rising to fame as the lead singer of ‘the supremes’. Diana Ross has released 25 studio albums as a solo artist and has sold over 100 million records worldwide

Irish Concert Travel will have buses travelling to Diana Ross from:

If you have a group and would like to book a private bus from anywhere in Ireland click here.

Book your return bus tickets for Diana Ross online below or check out our full list of concert services by clicking here.