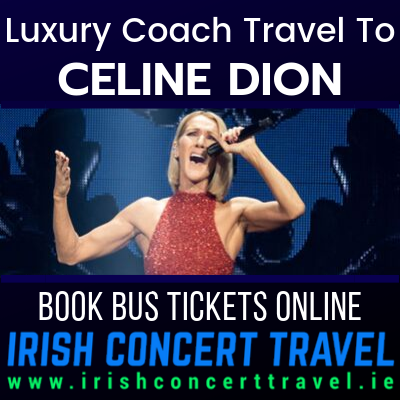 Celine Dion is one of the most respected superstars in pop music history and has earned five Grammy Awards, two Academy Awards, seven American Music Awards, 20 Juno Awards (Canada) and an astonishing 40 Félix Awards (Quebec). Her two upcoming concerts in Ireland are promised to be unforgettable shows!

Irish Concert Travel buses to Celine Dion will depart from:

Book Your Bus Tickets Online Below: