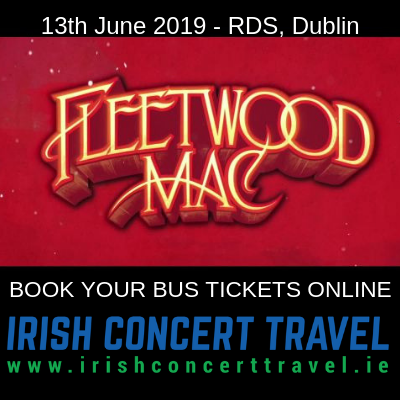 British-American rock band Fleetwood Mac have announced they’ll be bringing their An Evening with Fleetwood Mac Tour to Dublin on the 13th June 2019.

Irish Concert Travel will operate a return bus service to Fleetwood Mac in the RDS from the following locations:

This is a scheduled, same day return concert bus service. All passengers will be dropped off and collected in the same location (walking distance from the RDS). This service will depart Dublin 40 minutes after the concert ends.