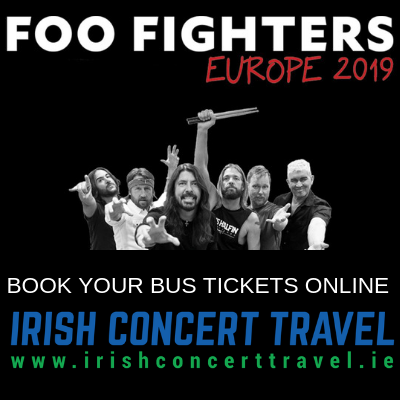 The Foo Fighters will play two shows in Ireland in August 2019. This will be the rock bands first time to preform in Ireland in four years.

The Foo Fighters will headline Vital Festival at Boucher Road in Belfast on Monday 19 August and will then take to the stage again in Dublin’s RDS Arena two days later on Wednesday 21 August.

Take the hassle out of driving to Dublin or paying for expensive city hotels and book your bus tickets online below.

This is a scheduled, same day return concert bus service. All passengers will be dropped off and collected in the same location (walking distance from the RDS). This service will depart Dublin 40 minutes after the concert ends.