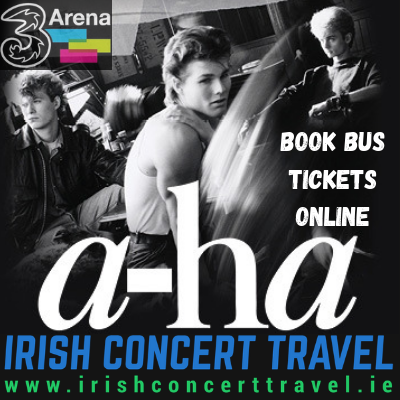 a-ha are a Norwegian band formed in Oslo in 1982. Founded by Paul Waaktaar-Savoy, Magne Furuholmen and Morten Harket, the band rose to fame during the mid 80s and continued its success around the world in the 1990s and the 21st century.

Irish Concert Travel have buses to a-ha in the 3Arena from:

This is a scheduled, same day return concert bus service. All passengers will be dropped off and collected in the same location a short walking distance from the 3Arena. This service will depart Dublin 30 minutes after the concert ends.