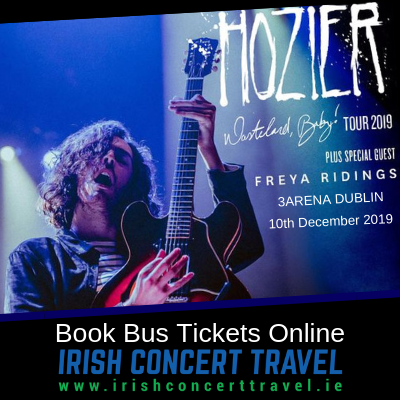 Following his headline performance at Electric Picnic, Hozier will bring his Wasteland Baby! World Tour to 3Arena on 10th December 2019.

Special guest will be Freya Ridings, who has recently released her debut album.

Book your bus tickets with Irish Concert Travel below: