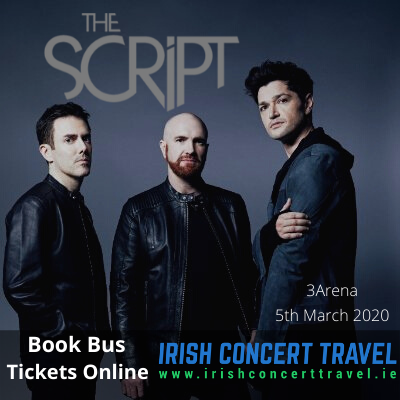 The Script is an Irish rock band formed in Dublin, with their first music release in 2008. The band consists of lead vocalist and keyboardist Daniel O’Donoghue, lead guitarist Mark Sheehan, and drummer and bassist Glen Power.

Irish Concert Travel will have buses travelling to The Script from: