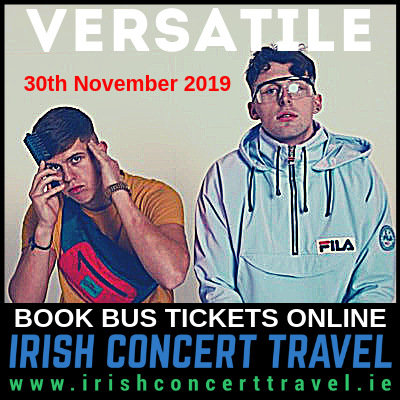 Versatile recently played a sold out gig at The Marquee in Cork and preformed on the main stage at the 2019 Longitude Festival. They now announce with pride, the largest ever show of an Irish rap group to date.

Irish Concert Travel will have buses travelling to Versatile from:

Book your bus tickets online below

This is a scheduled, same day return concert bus service. All passengers will be dropped off and collected in the same location a short walking distance from the 3Arena. This service will depart Dublin 30 minutes after the concert ends.